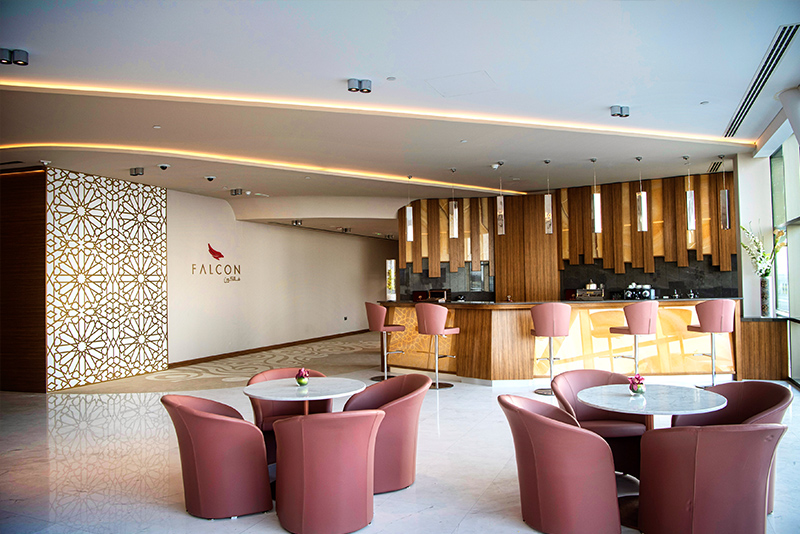 Falcon Aviation is celebrating the completion of its first anniversary at its FBO in the VIP Terminal at Al Maktoum International Airport (Dubai South) with the news that it has been awarded International Standard for Business Aircraft Handling (IS-BAH) certification.

The accreditation was received by the company on 30th November following a third-party audit by IBAC, the International Business Aviation Council (IBAC).  The endorsement underlines to the wider business aviation industry that Falcon Aviation follows a voluntary code of best safety practice for FBOs.

Congratulating the management team on the award Terry Yeomans, Programme Director for IS-BAH, commented: “We are very pleased that the industry standards have been successfully implemented through to Stage I registration at the Falcon Aviation station at DWC and trust that the team will continue their commitment to ground handling safety as a core value in their service provision to the business aviation community.”

“We are delighted with this recognition as it has been a priority for us this year as we build up our activity in Dubai to mirror our Abu Dhabi Al Bateen Executive Airport performance,” said Falcon Aviation COO Capt Raman Oberoi.  This means we can move into the New Year with a ringing industry endorsement of inhouse handling excellence.”

Capt Raman also paid tribute to the team for all their hard work including recently appointed new FBO Manager Ahmad Badreddine, who joined the business in July and assisted with the important audit.

Ahmad brings nearly a decade of experience with a leading FBO brand to the role, together with valued previous experience in the aviation sector, where he held station manager and ground handling roles with Emirates Airlines and Dnata, looking after a variety of aviation companies.

He was also a key figure supporting Falcon Aviation’s hospitality at the recent Dubai Airshow, with responsibility extended to overseeing the logistics and handling of Air Baltic’s Bombardier C Series, making its Middle East debut in the static display. Bombardier Regional Aircraft heaped praise on Falcon for their superb handling of a highly significant showcase for them, (Falcon Aviation supplied a Bombardier Q400 in its colours alongside.)

“I am delighted to have joined Falcon Aviation at such an exciting time in the business.  The IS-BAH endorsement rounds off a brilliant year and I am looking forward to 2018 and being

able to build on our loyal customer base and further attract new clients who are flying or transiting through the FBO.  We will also be incentivising clients further with discounts on connecting helicopter charters if they use our FBO and our new heliport,” he added.

Falcon Aviation offers a fast clearance, VIP service for passengers connecting from business jets to helicopters, following the opening of its heliport in April 2017.

Popular destinations like Ras Al Khaimah; Fujairah and Diba are reachable in under an hour from the VIP terminal. Open to all operators, corporates and private individuals arriving with their business jets, it is also the first in the region to facilitate quick and convenient helicopter charters between Dubai and Abu Dhabi in just 30 minutes.

This winter and into the 2018 New Year Falcon’s DWC FBO will be handling flights within the GCC, Europe, the USA and luxury leisure destinations including the Maldives, Seychelles