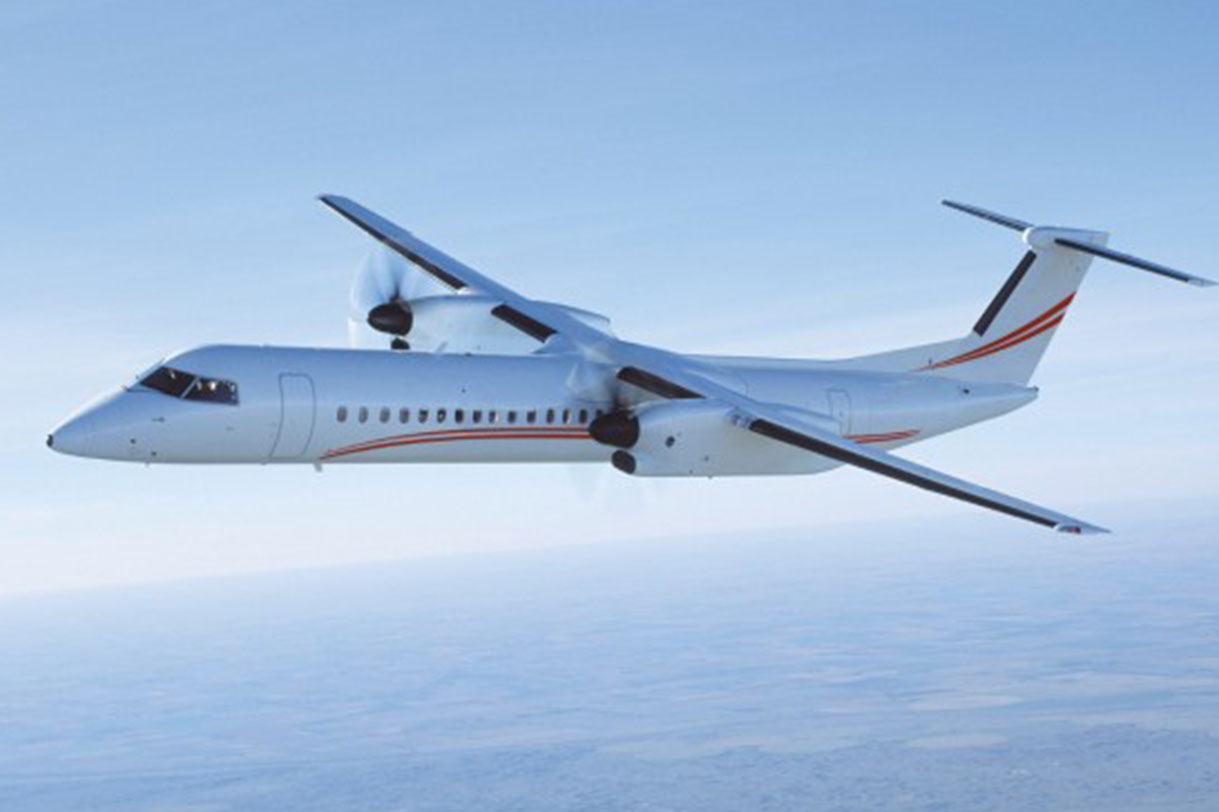 It will support its own six-strong fleet of Q 400 NGs, three of which are operating on the AOC of Qazaq Air in Kazakhstan, serving domestic routes in the country.  Qazak Air will bring one of its Q400s into Al Bateen for maintenance in the next weeks.  “We are delighted to have this accreditation to carry Base maintenance in our MRO on the Q400 NGs,” said Falcon Aviation COO Captain Raman Oberoi. Falcon Aviation’s Fixed Wing and Rotary Wing MRO in Bateen airport has existing capabilities for Embrear and Gulfstream Business Jets, Pilatus PC 12 , Airbus helicopters, Leonardo Helicopters and Bell Helicopters.

Falcon Aviation is also marking three successful years for Oil and Gas Fixed Wing operations with its daily flight services operated by two Q400NGs – between Al Bateen and Das Island, and between Al Bateen and Zirku Island.  The service, which started in September 2015 to serve demand from the ADNOC operations has grown from an initial 61,000 passengers in its first year to 187,000 in 2016, increasing to 215,000 passengers during 2017. Today the route supports 12 flights daily back and forth, carrying 700 passengers a day.

“We were born at Al Bateen 11 years ago and are proud to have been instrumental in helping the airport become a thriving Aviation hub,” Capt Raman said.  Accordingly, Falcon is obliged and pleased to return, as an exhibitor, to the biennial Abu Dhabi Air Expo, which opens its doors on its fifth edition this week, he added.

Falcon Aviation is showcasing a Leonardo AW189 in 19 seats configuration and an Embraer Legacy business jet from its charter fleet in the static.

At the show it will talk up its renowned expertise in VIP and Offshore Helicopter operations.  Falcon was global launch customer of the Leonardo offshore-configured AW169 and ordered three more aircraft to serve a new oil contract in Kuwait.  This bolsters its total fleet of Leonardo helicopters to 11, including five AW169s, two AW189s, plus four A 109s Grand light twin helicopters.

Falcon Aviation is committed to building the necessary infrastructure to support business and regional aviation in the GCC region.  Mirroring its breadth of expertise at its Al Bateen HQ, it is working at a fast pace on a brand new showcase 20,000 sqm MRO hangar facility at DWC Airport in Dubai.  Together with 13,000 sqm of apron space, the facility is on course to open at the end of this year.     The facility will provide maintenance support for Bussiness Jets, Commercial Fixed Wing aircraft and Helicopters accredited by GCAA and EASA. It will also offer 24/7 AOG support and aircraft parking