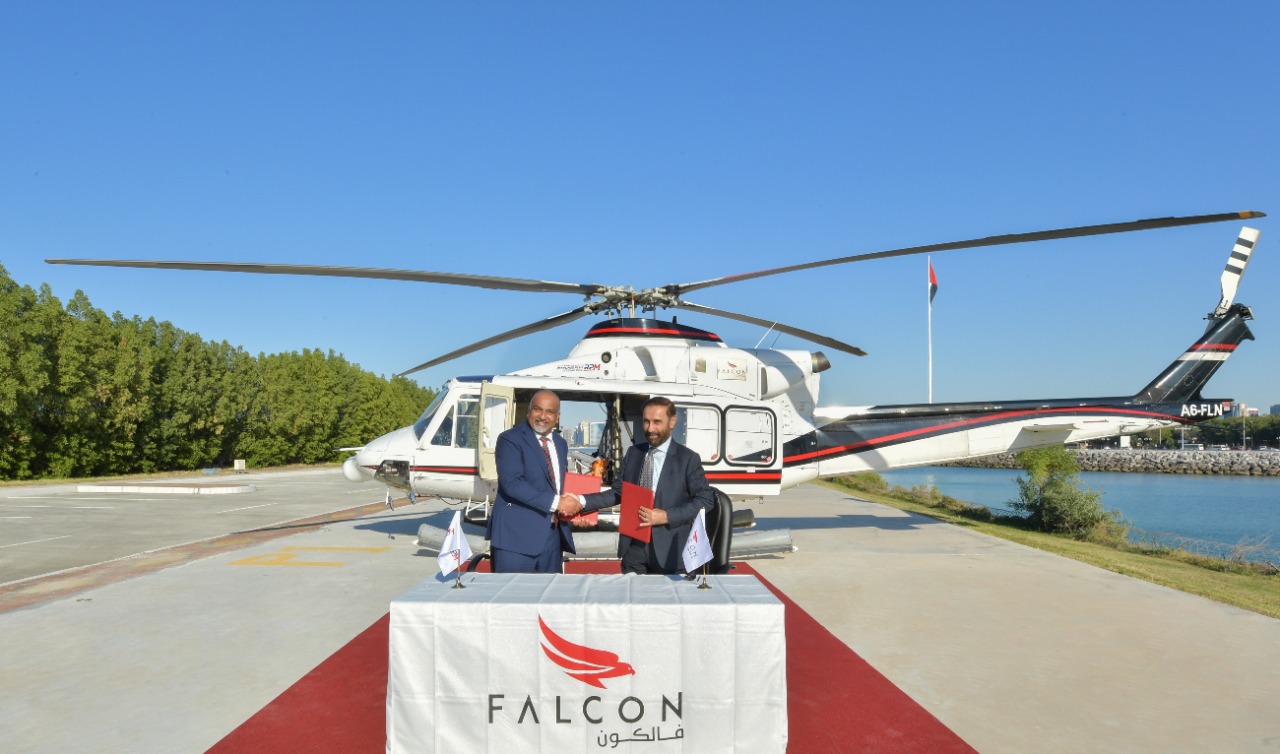 Falcon Aviation Services and Response Plus Holdings – have struck an alliance to provide air ambulance services in the UAE and then extend coverage to other Gulf state, India and Africa.

Two specially fitted helicopters will be commissioned for the air ambulance needs. Falcon Aviation operates multiple hubs in the UAE, including at Al Bateen Executive Airport and at Al Maktoum International.

“There is an increasing need for trauma patients – and even non-trauma ones – to have access to instant inter-emirate transportation,” said Major Tom Louis, CEO at response Plus. “It can be for the healthcare facilities operated by our group, such as Burjeel Medical City in Abu Dhabi, or for third-party providers anywhere in the UAE.”

Response Plus, which is listed on ADX, is part of VPS healthcare, which operates the Burjeel, Medeor and LLH Hospitals in the UAE. As the name suggests, Response Plus provides on-site and rapid response primary medical services as well as specialist training. Its corporate clients include oil giants such as ADNOC as well as construction/project companies.

Falcon Aviation until now has been known for its business jets, city touring services (it is among the biggest in this space), as well as all the fleet services it provides for blue-chip clients such as ADNOC and Kuwait Oil Co. It is the second biggest helicopter-based city tour service provider in the world, carrying 40,000 passengers a year and with an aim to raise that to 60,000 this year.

In fact, “It was while working on a project for Kuwait Oil Co. that we first had a deal with Response Plus for rapid paramedical services,” said Capt. Ramandeep Oberoi, Chief Operating Officer at Falcon. “We felt that air ambulance services would be a good addition to the services we already provide.